"The whole thing really was a doddle when working with EXTREME."

Established in 1914 and extended from 9 holes to its present 18 holes in 1997, Thirsk & Northallerton Golf Club is regarded as one of the best parkland golf courses in North Yorkshire. Having recently just turned 100 years old, the golf club, alongside head greenkeeper Roger Mackerell, have embarked on an exciting tee improvement project.

Roger, who has been at the club for 13 years, eight as the head greenkeeper, states “The club had always found that the tees let the course down. They have been neglected, are uneven and full of unwanted grass species.” Having worked previously at Moortown Golf Club in Leeds, Roger has experience of how much a high-quality teeing ground can add to a golf course. “After a course walk with the committee, it was agreed that I would put together a plan to revitalise the teeing grounds. Starting initially with one as a trial then moving onto the rest if the members saw the value in it.”

It was decided that after the golf season ended in late September, the trial tee would have the turf stripped, the soil would be inspected and amended if required, rotovated, laser levelled and consolidated ready for grass. The big decision was whether turf or seed would be adopted.

“Turf was the obvious choice considering the time of year but after speaking with Phil Logan from Barenbrug, he assured me that the mixture EXTREME with its 100% dwarf perennial ryegrass would be more than capable of doing the job. The difficulty was ensuring that the tees would be back in play by spring the following year. The process seemed similar to a renovation done on a sports field, so I consulted a few groundsmen for advice. After hearing their thoughts, I was convinced that seed was the way to go. I sowed the tee with EXTREME on the 1st of October at roughly 40gm2, just after the season finished. I was surprised to see the first shoots were visible after just 11 days! I was so impressed by the speed at which the grass established. The tee had its first cut on the 5thof November and by the time it was back in play on April 8th, it was in perfect condition.”

“The biggest challenges at Thirsk and Northallerton Golf Club is the balancing act of a tight budget and the high expectations of the golfers. I must spend wisely. Considering I can do a 500m2 tee for around £1500, it was a no-brainer for the club to extend the project and complete more tees. The impact of stepping onto a perfectly level and well-maintained tee is instant and impressive. As the saying goes, first impressions last. It’s even influenced my staff who regularly double cut the tee without being asked. They love maintaining it to a high standard and take great pride in their work when it comes to the new tees.”

Amenity Sales Manager for East Riding Horticulture, Richard Pull, has been pivotal in assisting Roger through the process and has found himself learning something along the way.

Richard commented, “I can now pass this experience onto other customers so that they have the advice needed to undertake a similar project. The thought of ripping up your tees in September would be daunting for anyone. However, I now have the experience to say that by using the correct Barenbrug seed mixture along with a planned grow in, tees can now be completely renovated at the end of the season and in play by the following spring.”

Roger concluded: “The whole thing really was a doddle when working with EXTREME. If you can irrigate and fertilise at the right times, for a small investment, more golf clubs really should consider a similar project.” 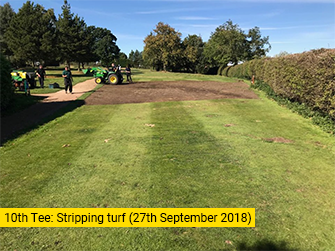 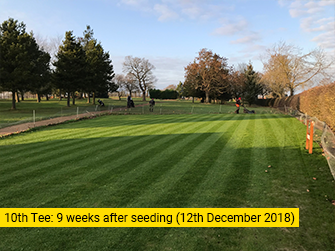 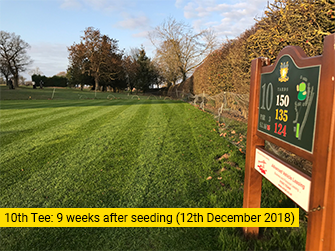 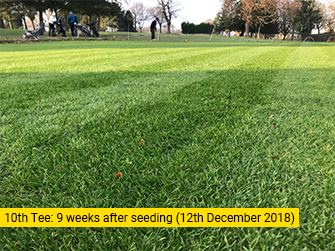 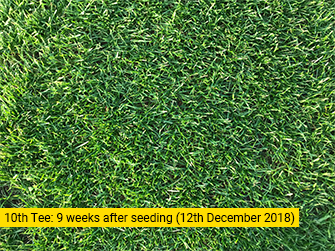 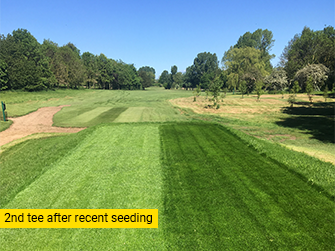