Members of the Turfgrass Growers Association visit the premises of Vredo Dodewaard, Barenbrug Group and Vanmac.

In March, Barenbrug UK sponsored a visit to Holland for members of the Turfgrass Growers Association. The three-day visit gave an opportunity for members to visit the premises of Vredo Dodewaard, Barenbrug Group and Vanmac.

On day one the group met at Schiphol Aiport before heading off on their first visit, Vredo Dodewaard, who manufacture a range of turf overseeders. The group received a presentation and tour of the factory from Pieter-Teunis Hoogland and the team from Campey Turfcare, the UK distributor for Vredo overseeders.

Day two saw the group travel the short distance from their hotel in Arnhem to the global head office of the Royal Barenbrug Group in Nijmegan. The group received a welcome talk from Barenbrug Group Chairman, Bas Barenbrug, before learning about the process of breeding grass seed varieties from Dr. David Greenshields. The group then went on to tour the Barenbrug warehouse and were able to see the whole process, from seed cleaning all the way through to packing of boxes for the retail market. The group got to see the new state of the art seed coating facility which is used to manufacture the Barenbrug range of Yellow Jacket coated seed. The final area to visit at the warehouse was ‘the vault’. The vault is the temperature-controlled area of the warehouse that is home to the library of original Barenbrug varieties, some of which date back decades.

In the afternoon of day two, the group moved on to Wolfheze and the premises of Barenbrug Research. The Wolfheze site is used for the breeding and trialling of agricultural and amenity grasses. The group received a tour of the site from Barenbrug grass breeder Tim van der Weijde. Tim showed the group around the glasshouses and explained how he uses hydroponics as part of his work developing new grass varieties. The group were shown around the breeding fields where Tim evaluates and selects the grasses that will go forward to become new varieties. Finally, the group were shown some of the latest varieties which will be coming to the market over the next couple of years.

On the final day, the group visited the premises of Vanmac, manufacturers and distributors of specialist machinery for the turf industry. At Vanmac the group got to see the manufacturing process for the Trilo vacuum sweepers which are widely used in the turf industry, before heading back to the airport to begin the journey home.

Luke Hunt from Barenbrug UK commented, “We were delighted to support the TGA in running this trip. It was interesting to hear the thoughts of the TGA members on their priorities when they come to selecting grass varieties.  Their opinions help us to make decisions when we come to developing and selecting the next generation of grass varieties”.

Coral Russell from the Turfgrass Growers Association commented, “The TGA members that attended from across the UK found the study tour eye-opening as to the time, care and expertise required in developing new grass varieties. Information was not only gained from the three companies that were visited but from the networking opportunity that the trip provided.

On behalf of the association and its members, I would like to thank our hosts for taking the time to show us their sites, sharing their knowledge and providing outstanding hospitality.” 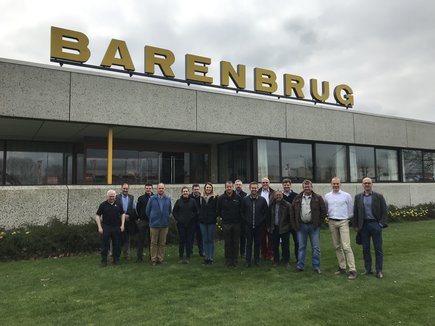 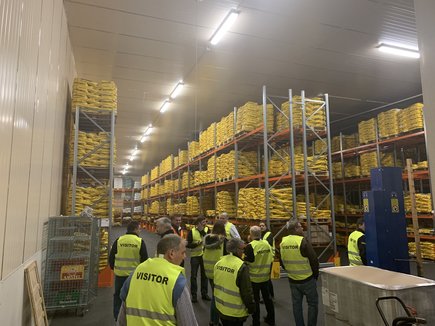 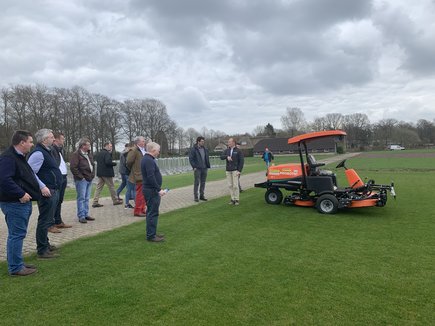