Barenbrug are delighted to announce the additions of three new varieties to the latest edition of the Recommended Grass and Clover Lists for England and Wales...

Barenbrug are delighted to announce the additions of three new varieties to the latest edition of the Recommended Grass and Clover Lists for England and Wales, published today. With the new additions, Barenbrug have bred 24 of the varieties listed.

Ballyvoy has a heading date of 2nd June and provides excellent spring yields with a first cut of 111% and early spring & spring grazing of 112% and 102% respectively. Quality is also good, particularly under grazing (77.4D) and at second cut (75.8), and it displays excellent sward density and winterhardiness.

Gracehill has a heading date of 1st June and its key strength is its shoulder growth, providing excellent spring and later season yields when grass is most valuable and contributing to high total yields for both cutting (106%) and grazing (105%). A first cut yield of 113% and 70D is followed by a 2nd cut of 103% and 73.5D and a 3rd cut of 103%. Under grazing, Gracehill provides one of the largest late summer volumes at 109%. It also has excellent crown rust resistance of 7.9.

Both Ballyvoy and Gracehill both come from the highly successful British breeding programme partnership between Barenbrug and the Agri Food and Biosciences Institute of Norther Ireland (AFBI NI). Grass Breeder Dr Gillian Young comments: “Both are excellent all-around performers across the season, producing high annual yields of good quality grass under both grazing and silage management. Ballyvoy though, is particularly strong, topping its class for metabolizable energy yield per hectare under silage management. Both Ballyvoy and Gracehill are outstanding varieties that will no doubt feature strongly in both cutting and grazing mixtures well into the future.”

The new Timothy addition Baronaise has a heading date of 13th June making it one of the later varieties in this limited group. Its key strength is its high quality with a grazing D-value of 74.7, a first cut of 70D and a second cut of 67D, making it the highest quality variety available. The variety provides good overall yields under both management, grazing 101% and cutting average 100% with particularly good yields in the autumn. Baronaise was bred in Barenbrug Holland by Marcel Van Nes at our breeding station based in Wolfheze, he comments “Baronaise was first crossed in 2004 and is a good improvement in yield and persistency. It will be an important variety across Northern Europe.” 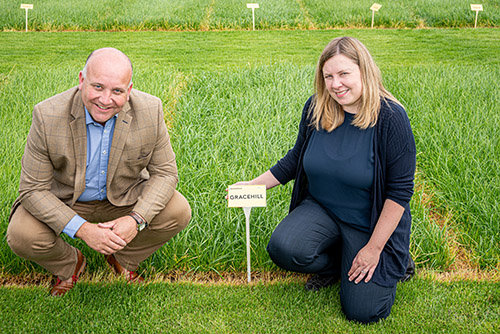 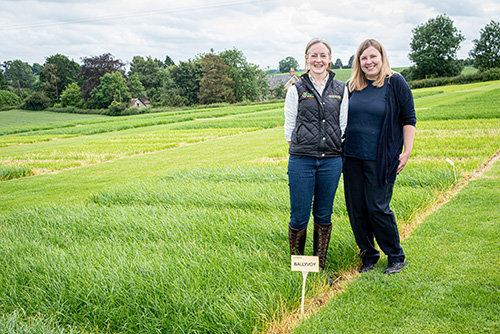