The importance of soil

The Baillies of Grass Into Gold farm - Longlea, in South Lanarkshire took the decision to GPS map and soil sample the whole farm in 2018. Some soil sampling had been done before but not with any proper regularity or agenda.

It had been felt that to do large areas was incredibly time consuming. They knew there would be a benefit to having the information to work with so after numerous discussions with the supplier, the Baillies committed to whole farm GPS sampling with SoilQuest. Charlotte Baillie comments ‘I was actually expecting it to be more expensive. Lump sum, yes it would be expensive but by breaking it down into a schedule of over 5 years, it was easy to fit into our budget’.

Another reason backing up the decision was that one of the big focuses for the business is putting much more emphasis on the grassland and forage production. “Once the silage is in the pit, we have to feed it no matter what’ continues Charlotte. ‘We run a 3-cut system so it’s in our best interest to make as much as we can, at as high a quality as possible.’

The Baillies realised there was likely to be a pH deficit on the farm, particularly on the grassland as it had received less lime than the arable ground and their suspicions were confirmed when the poorest levels came back around pH 5.5, a long way short of the ideal 6.2-6.5. Since sampling, there have been 410 tonnes of lime applied to the farm, with more to go to adjust the final deficits and then maintain the levels. As well as liming, the Baillies changed their fertiliser policy slightly to include straight potash (K) application, again as a result of finding deficits, especially in the silage fields which will be down to a removal by the large volumes of silage over multiple cuts. Phosphate (P) levels were close to target.

Charlotte concludes ‘It’s difficult to quantify the benefits from our investment so far, as we are only approaching 2 years using this system; however, we know that this is a fundamental investment for the future for our land management. We aim to realign the arable and grassland rotations a bit closer so all the land receives the same attention and we’re looking forward to seeing how much more we can improve our silage production. We’ve introduced a little winter barley to open up the opportunity for autumn grass reseeds. These reseeds will be grazed with sheep with careful attention to stocking rates to promote the best establishment and tillering before silage production begins in the following year. By tailoring our fertiliser and liming approach, we will also be contributing to a more sustainable business which is another focus for us. As well as the GPS mapping, we are investing in waste management, nutrient plans and our own environmental measures, all of which will allow us to build an efficient, profitable and sustainable business for our family’. 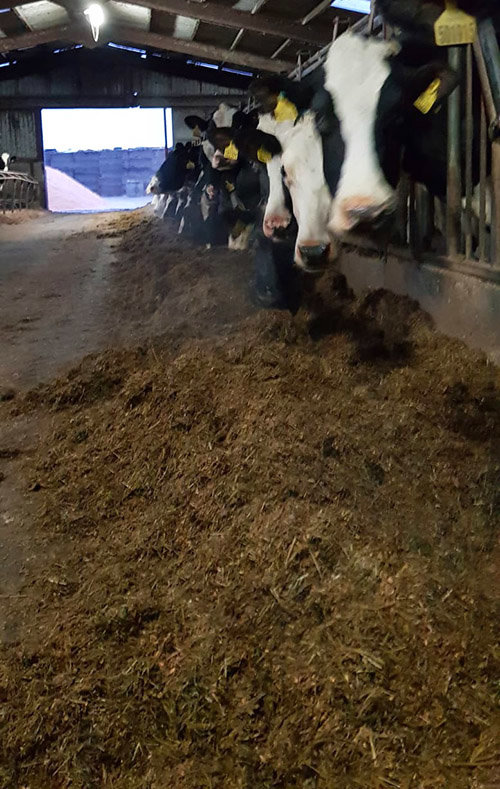