Officially listed in: England and Wales (and Holland, Denmark & France)

Most suited to: Any medium - long term ley which will be grazed or cut and where late season growth is important

Overall, Baronaise provides good yields whether grazed or cut. As one of the latest heading varieties in the group, with particularly strong yields in the autumn making it a useful variety where late turnout or winter keep for sheep is needed.

Baronaise has very good ground cover scores and is a very persistent variety.

Being a Timothy, you should expect an average of 4,000,000 seeds per kilogram so a little goes a long way due to the very small, light seed weight. Timothy is a species which can perform very well on heavier, wetter soils in wetter climates.

Before official recommendation, Baronaise has been extensively trialled across 12 different site in the United Kingdom as well as several more locations in Europe to gather data on its performance in multiple climatic conditions.

Baronaise was bred in Holland at Barenbrug NL by Marcel van Nes at the Wolfheze breeding station. Marcel comments: “Baronaise is a great improvement in yield and persistency”. 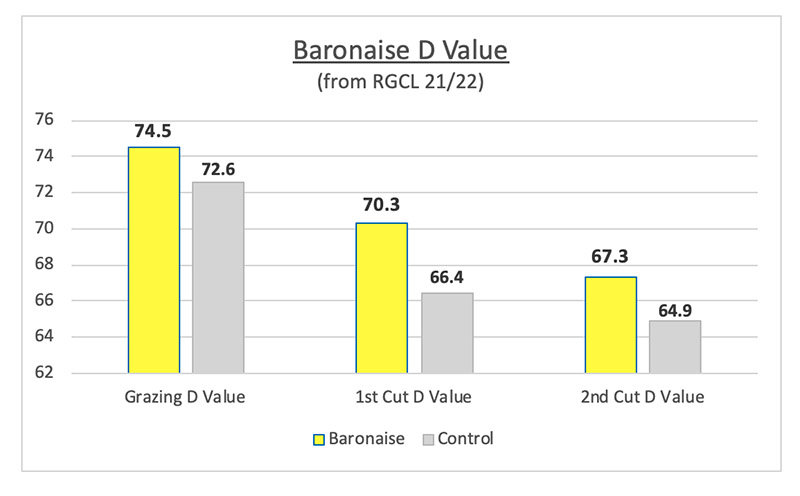 DESCRIPTION: Our modern Timothys are bred to have softer leaves and higher palatability. The coarse tufted grass with many varieties covering a range of growth habits. Generally light green or greyish-green. Flattened shoot.