Most suited to: Any short-term ley

Barimax is capable of producing high quality silage at all cuts but, as with all Italian ryegrasses, will require prudent attention to detail to maximise the quality at all cuts. Barimax has a high quality first cut across all regions and the highest quality second cut of the tetraploid Italians on the Scottish recommended list.

Barimax has excellent Crown Rust Resistance of 7.9, a Brown Rust resistance of 6.0 and a Mildew resistance of 6.7. Italian ryegrasses grow to 4O°C soil temperature and so extend the season making them ideal for winter keep for sheep.

Being a tetraploid, you should expect an average of 265,000 seeds per kilogram and a slightly more upright growth habit than diploid counterparts. All Italian ryegrass swards will benefit from any autumn and winter grazing to encourage tillering.

Before recommendation, Barimax has been extensively trialled across more than 10 locations in the United Kingdom to gather data on its performance in multiple climatic conditions.

Barimax was bred in Holland at Barenbrug’s breeding station in Wolfheze by Marcel van Nes. 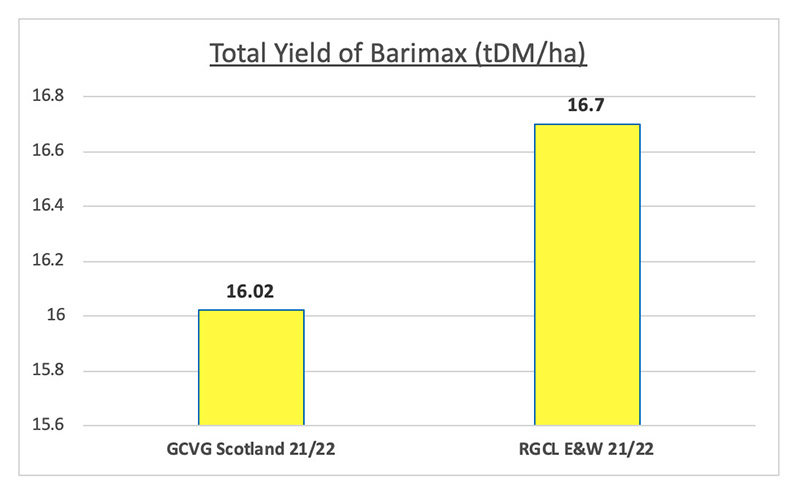 DESCRIPTION: A brighter green than perennials, densely or loosely tufted. Similar to ryegrass but leaves rolled into the bud and not folded. Tends to be larger, stouter and more densely tufted than ryegrass.

LEAF BLADE: Ribbed on upper surface, smooth below. Red at base.