Having a variety of species instead of just one or two can bring about a number of advantages to grassland farmers in both their livestock and arable enterprises.

There is estimated to be over 8,000 different grass species worldwide, of which only a small number have been developed and bred into cultivated varieties for use in the UK. The five most commonly used here are the four types of ryegrasses (Lolium spp.): Westerwolds, Italians, Hybrids and Perennials and Timothy (Phleum pratense) which many grassland farmers are familiar with. Commonly, grass mixtures often contain red and/ or white clover (Trifolium pratense and T. repens) as a companion.

The species mentioned have a whole range of benefits but there is gaining interest across most farm sectors to look for other species to go alongside these and make more diverse grass and forage mixtures to help improve productivity and resilience.

Having a variety of species instead of just one or two can bring about a number of advantages to grassland farmers in both their livestock and arable enterprises. Depending on the species and varieties sown, benefits include:

Other grass species to consider
Modern, bred for purpose, soft leaved Tall Fescue (Festuca arundinacea) and Cocksfoot (Dactylis glomerata). These species are extensively rooted giving benefits to soil structure and increased resilience to drought and waterlogging. The deep roots will draw nutrients from lower down in the soil profile and they are also more productive than ryegrasses under low N management systems. The selection and breeding of these species has brought about a large improvement in nutritive value and a much higher fibre digestibility than wild types making very healthy, productive and palatable fibre source for ruminants.

Other Legume species to consider
We covered specifics of some legumes in the March edition of Bartech but Birdsfoot Trefoil (Lotus corniculatus), and Sainfoin (Onobrychis viciifolia) are all species which make good companions for grass in medium to long term swards. Balansa clover (T. michelianum), Crimson Clover (T. incarnatum) and Persian Clover (T. resputinatum) are annual clovers which make excellent companions for westerwolds or Italian in a spring sown situation.

Lucerne (Medicago sativa) is an ideal protein crop, particularly for drought prone areas and common vetch (Vicia sativa) can be added to grass mixtures or to cereals for wholecrop.

All the herbs are perennial and deep rooted with strong tap roots with the chicory, plantain and yarrow having the most aggressive root systems. None of the species like to be over grazed so should be managed well to maintain their presence in the sward by observing residual heights. Most are fairly tolerant of a range of environmental conditions but the aggressive root systems do allow them to thrive particularly well in drought prone soils.

Chicory is well known for both its anthelmintic properties and its ability to fatten lambs, the two of which may be closely related as well as the high protein and mineral content of the forage. Chicory has been shown to result in reduced egg count and adult abomasal worm numbers in lambs but has little effect in adult sheep. Interestingly, no benefit at all seems to have been exhibited in cattle.

There are several schools of thought on how chicory impacts the worm burden in lambs but the mode of action is not fully understood yet. Opinions include the plant structure reducing parasitic movements and interrupting the life cycles therefore reducing number available for consumption by livestock or that the plants themselves may produce substances which deter the parasites or reduce the activity of the parasite in the gut.

It is also possible that the improved plane of nutrition and more balanced diet makes the lambs healthier with either higher immunity or a quicker recovery rate.

Other species displaying anthelmintic properties include sainfoin and birdsfoot trefoil but it should be noted that these species can reduce, but not necessarily replace, the need for chemical wormers and all suspected worm burdens should be investigated properly with FECs. 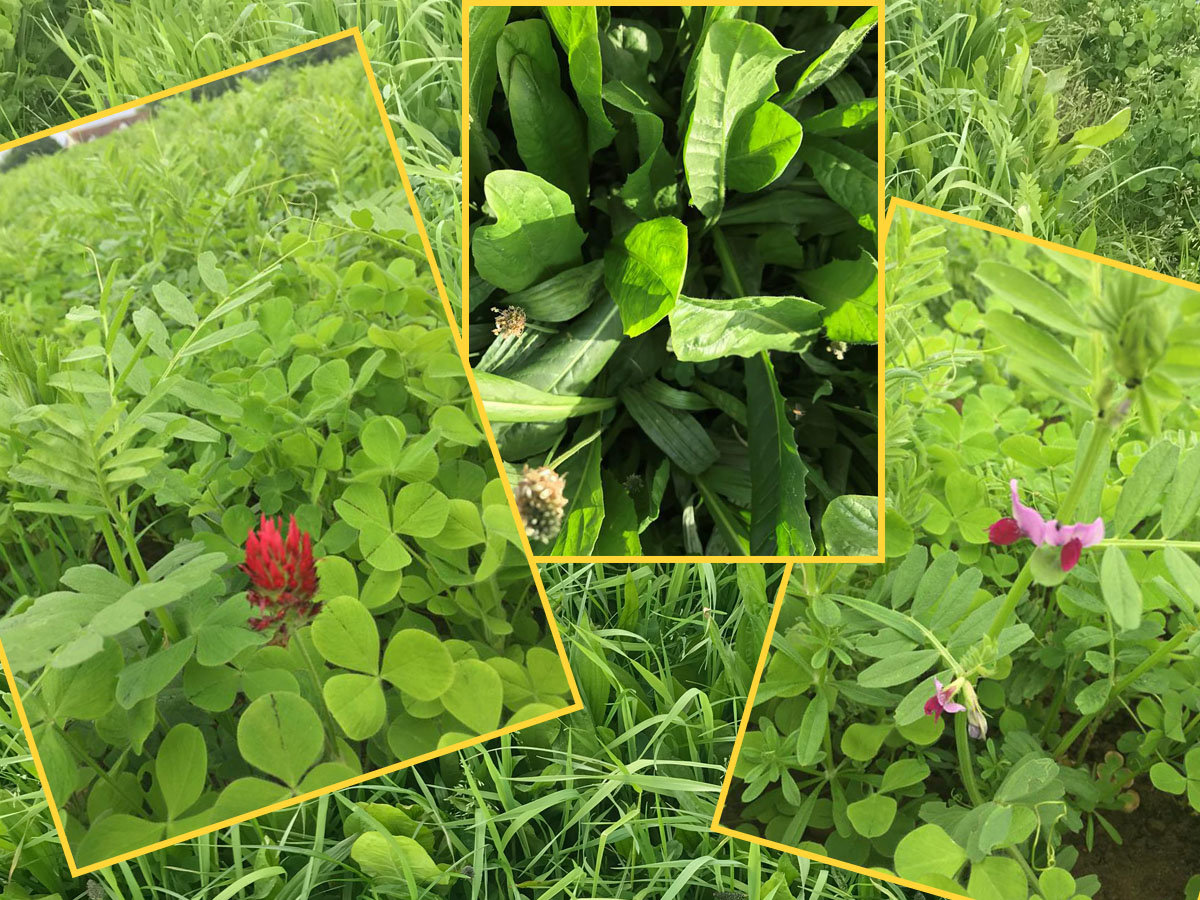