Growing grass for seed is a 60-year success story on one Suffolk farm.

Growing grass for seed has been part of the cropping rotation at Lodge Farm, Westhorpe, for 60 years. It's boosted farm profitability, soil health and wildlife, and it's as important to the farm now as it was in 1961.

Brothers David and Roy Barker have passed on their skill and enthusiasm for growing the crop to their sons, Patrick and Brian respectively.

The first grass seed harvest came soon after the family took on the Suffolk farm.

“We're on Beccles series clay, very sticky when wet,” says David, “and we were dragging trailers through a sea of mud, ruining the soil. 'That's the last time we grow sugar beet', my father said.”

In the early years, the Barkers grew seed for Goldsmith Seeds, which had a seed cleaning plant in nearby Bury St Edmunds.

“I remember going to the office in Garland Street: what a rabbit warren it was! Elevators and sacks everywhere.”

By the early 1980s, Barenbrug had bought out Goldsmith's and set up a UK division.

In the early days grass was cut with a finger bar mower before harvesting it using up to three combines fitted with Draper-type pick-up headers – a slow and dusty operation, says Roy. This was replaced by direct combining, but in wet conditions the grass would get stuck and hours would be spent pulling out the blockage.

The real breakthrough came with the Shelbourne Reynolds stripper header, manufactured just a few miles away from Westhorpe, at Stanton. With this method, the seed is stripped from the living plant and very little grass stalk goes through the combine, improving daily output and reducing fuel usage. And the grass can be mown after combining and sold as horse hay.

Timing is critical to quality, says Brian: “Grass seed gains most of its weight in the final 10 days of maturity in the field, so timing of harvest is key to yield and income.

Once the seed is dry it can be heaped up, and after the autumn cultivation work is done, dressing of the grass seed can begin.

“When we started growing grass seed, it was never cleaned,” says Roy. “We'd turn it by hand to dry it, sack up and send it off to the merchant.”

When Ipswich seed merchant Harold Sadd's Seeds ceased trading in 1967, David and Roy's father spotted an opportunity: he went to the company's premises, looked over the seed cleaning apparatus and offered £100 for everything inside the building. And that's the equipment they still use today.

Grass is a valuable two-year break crop among the wheat, barley, beans and oilseed rape grown on the farm. Worm counts are healthy, soil structure is improved and nitrates are soaked up.

The crop is undersown in spring barley. “We direct drill the spring barley and grass seed into last year's wheat stubble in March,” says David. “The barley is then harvested leaving the grass to develop ready for the following harvest.

“By not ploughing at this point in the rotation, we conserve moisture in the soil and the grass plants are stronger going into winter. And if the grass hasn't taken well can cut more seed in in September.”

Lodge Farm is a LEAF demonstration farm, and growing grass is a great way to encourage wildlife, according to Patrick: “Our farm is green all year round,” he says, “so even when everywhere else is brown, we have green cover.

“The grass adds a completely different habitat in the rotation, providing food sources, breeding sites and nesting habitat for all sorts of wildlife such as brown hares, roe deer, barn owls, skylarks, meadow pipits, kestrels, buzzards – as well as grey partridge, which is our target species under Countryside Stewardship.”

After 60 years, grass seed is an ongoing success story at Lodge Farm. 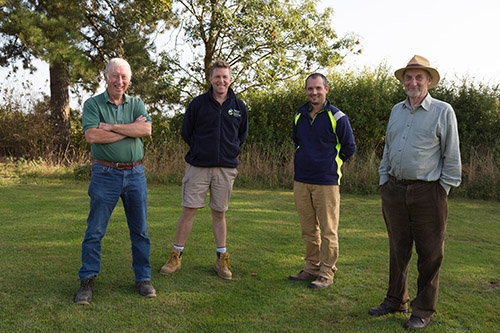 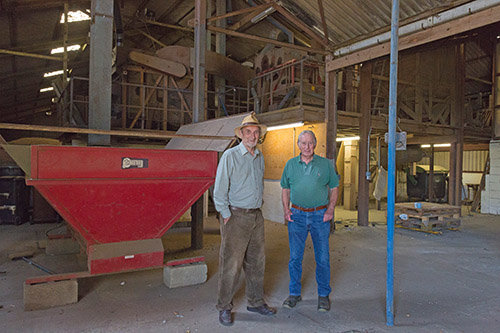 David and Roy Barker in front of the seed cleaning apparatus their father bought from Ipswich seed merchant Harold Sadd when it ceased trading in 1967. They still use it today 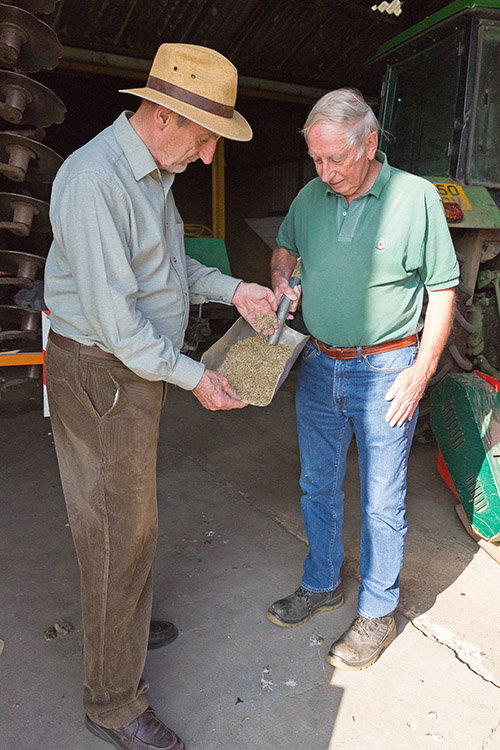 David and Roy Barker say grass is a valuable two-year break crop among the wheat, barley, beans and oilseed rape grown on the farm. Drying floor with about 40T of grass seed 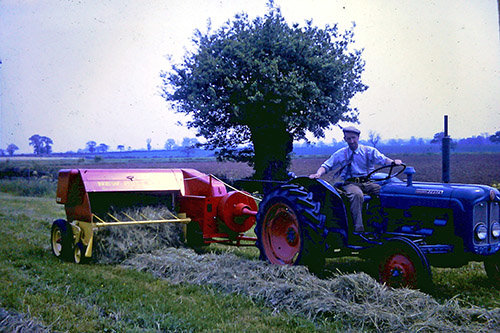 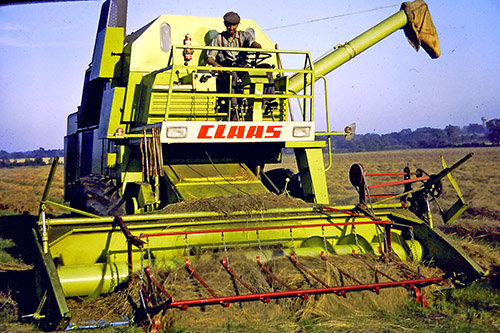 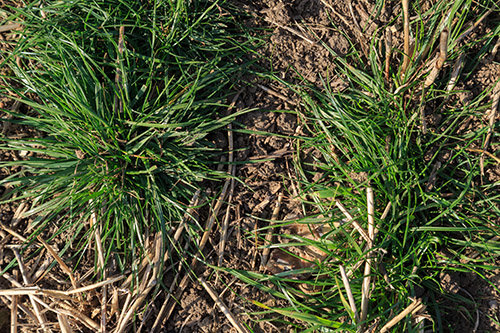 The crop is undersown into spring barley. The barley is then harvested leaving the grass to develop ready for the following harvest.