Barenbrug grass varieties being grown for seed at Tyneholme Estate

Alongside fields of marrowfat peas, wheat and barley at Tyneholme Estate, near Halesworth in Suffolk, you will find Barenbrug grass varieties being grown for seed.

Alongside fields of marrowfat peas, wheat and barley at Tyneholme Estate, near Halesworth in Suffolk, you will find Barenbrug grass varieties being grown for seed.

Jes Hansen contract farms on behalf of farming business Antas Ltd, which is part of the ABT group and owns a further three estates in Norfolk, as one of Barenbrug UK’s largest farmer growers. Encompassing land from Grade 2 and black fenland to heavy Beccles series clay, Jes’s approach to farming mixes tradition and innovation – including maverick tactics such as a field of continuous wheat since 1988.

Jes has connections across the global farming community, including Denmark where his nephew also grows grass seed for Barenbrug. Close to 10% of the ABT group is given to growing grass for seed, some 400ha, and this continues to expand to meet the growing demand from Barenbrug for high quality grass seed produced in the UK.

Such is Jes’s attention to detail that he’ll constantly consult with Barenbrug’s team to ensure the best results from his fields. He cites a field of 25ha growing fescue, which was under-sown into a crop of barley in spring 2020. It has long been a problematic field for Jes and was close to being sprayed off, before a savvy intervention from Barenbrug’s Seed Production Manager Richard Turner saw the grass through to establishment for the first year. It’s due to see its first harvest in July, although not without heavy toll on Jes and his team: they hand-sprayed the whole field, with over 1500 hours of labour. This field will provide three harvests from the one sowing and Jes plans to follow it with OSR.

The farm grows a large number of Barenbrug varieties including Viktorka, Barpearl, Barcrown and Barolympic. This unique experience and depth of knowledge makes Jes’ expertise invaluable in trialling new Barenbrug grass varieties for mass production; he currently has three undergoing trials at Tyneholme.

Enterprises on one of the Norfolk estates formerly included pigs, sugar beet and oilseed rape but these have all gone in favour of grass for seed. While the grain market is a strong competitor for Jes, in choosing to grow grass for seed he says the advantages of grass – timing, disease and weed control, machinery demands and rotational benefits – help to make it a sound decision, alongside the environmental aspects and soil health. Jes stopped ploughing for most crops years ago and now only ploughs for peas, choosing large cultivators for other crops on the farm. Grass is either sown after roots in June/July, but mostly under-sown in a spring cereal, which all adds to the land’s long-term soil benefits.

When it comes to harvesting the grass, a good day will see up to 25ha per combine – a figure achieved through the use of MacDon’s draper headers. Tyneholme was the first to test and use this type of header, common overseas, during 2010’s harvest. Jes has found that it allows cutting of the grass both dry and wet, although the preference is always to cut dry when possible. The header’s auger-free design helps push throughput up by around 10 – 50% on grass seed - and the ABT group now has four of them, sized between 30-40ft, for use on its four Case IH combines.

The estate also prepares all its grass seed in-house, using a 22-year old drying platform that also handles the peas and wheat.

Watch this space for more updates with the July harvest. 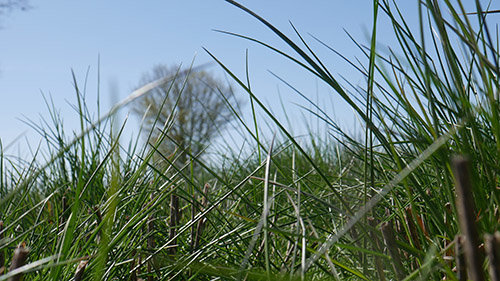 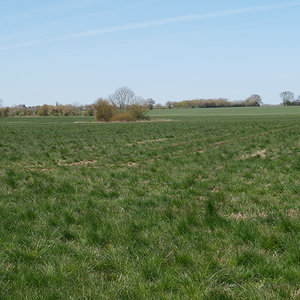 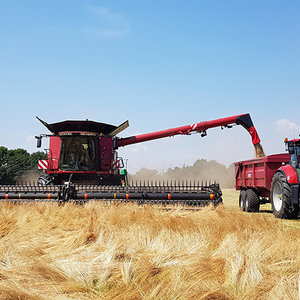 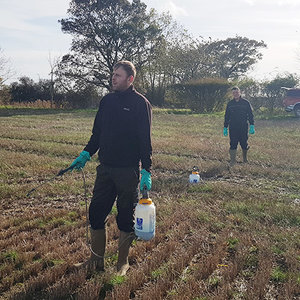 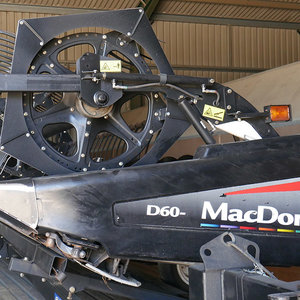